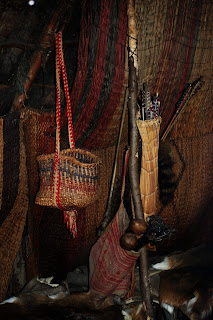 We went on our annual trip to Plymouth Plantation today. For many reasons I love that place. I always learn something new. Like today I learned the Wampanoag tribes were a matriarch, and in order for couples to marry they had to ask the elder, a woman, for permission. The guide also said that violence and abuse among the people increased under a man's rule. I asked her if they were moving back towards a matriarch, and she responded, "Yes, in time."

I also love the artistry that the Native People are preserving. We would lose so much as human beings to not have these arts and their culture to learn from. 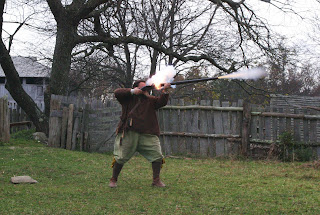 At the plantation, they had military drills with rifles and pikes. We had watched them fire the rifles before but the marching with the pikes was new. As a matter of fact, there was a lot of new building and such at the plantation. I mentioned to one of the settlers that we had been in these parts oh about a year ago, and much had changed. She agreed and said they are getting ready for shipments of supplies and needed a place to store them. We discussed the economy, and how the ratio of unmarried women to men was something like 2 to 36. 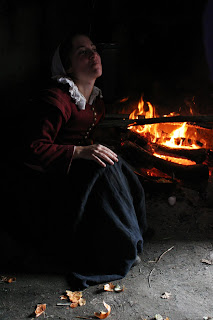 I also got a great recipe for stuffing.
Crisp up some bacon. Remove it from the pan. Add some day old (stiff) rice or if you don't have old rice, dried bread crumbs and fry it in the oil. Add the bacon back in with some sage, chopped onion, and vinegar whisked with sugar to make a syrup. Stuff this into the belly of a bird and cook it. I am told I won't be disappointed. A few years ago we got a recipe for Pottage, and it has been a Thanksgiving hit every since. 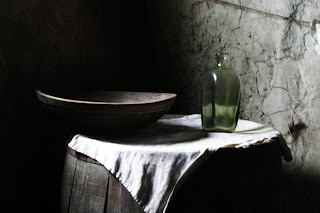 such a hard life and yet you find something very special there.