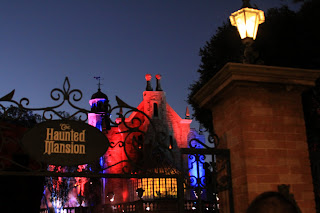 by it's cover. That saying has been running through my head for days now; probably weeks since a friend suggested I change the cover of my book, Forever Yours, from The Catcher in the Rye rust color that I chose since its inception. "Covers sell. You would get more readers if you had a house with a ghost. Maybe even some fog..." was his suggestion. And I almost jumped at it, until an ah ha moment happened during our recent trip to Disney. 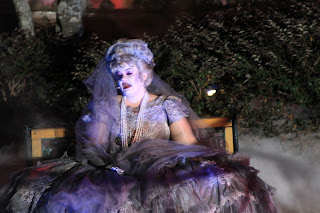 But first, last year during religious ed. the entire 6th grade had a special presentation on the Eucharist. At first blush the event was a disaster. The presentation was chaotic at best. The kids were unruly. A few were even caught trying to sneak out early; only to be brought back and watched more closely. The noise level was loud. Disgusted, I retreated to a corner to wait out my sentence with the seering thought of, I have way too much to do at home, to sit here with this craziness. What could the youth possibly be learning from this? And quite a lot was my final answer. The take home message of, "We give Eucharist to those around us with each and every selfless act." became my teaching mantra for the rest of the year, for my life. My class closing blackboard word was always EUCHARIST.

Disney was somewhat the same -- but different, of course. This trip we did more than the usual park fair experience. Hitting the Wine and Food Festival, a Polynesian luau, a Segway tour at Epcot, Mickey's Not So Scary Halloween Party and an all day Back Stage Magic Tour we saw and heard more about Disney than we had ever before. Most of it was fun and eye opening, truly real do overs, but some of it wasn't. And that some due to technical difficulties, and deep lack of engagement, could be categorized like last year's retreat. And like the retreat, I retreated to a corner. Wondering what am I here for? Wishing I could duck out, catch a thrill on the Rockin' Roller Coaster, or slip onto the Tower of Terror. It was a lesson in personal patience, as I attempted to fathom the take home message... and then yesterday during the midnight shift quiet ride, it hit.

Disney, life, people, and books are more than just fancy eye catching covers. There is a depth, in plain site, written with plain words, wearing plain clothes, ripe for exploring. I will strive to never judge a book, an event, a person by its cover again.
Posted by P.H. at 10/10/2010 04:20:00 AM