Really -- It was one of those days. 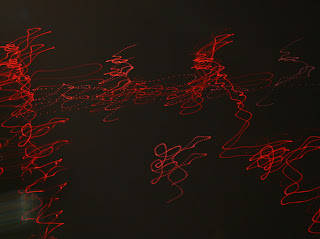 Driving into the city first we hit traffic enough to constipate a dinosaur. Then 40 minutes, and 3 miles later, the parking garage in sight, someone hit us.

The bright side: No one was hurt. My ten year old Rig has a dent. (She doesn't look brand new anymore.) I'm hitting the half century mark and this was my first real accident. There was the time about 31 years ago... I backed into a fire hydrant while driving my parent's station wagon. But that doesn't count, right? And the scouts enjoyed the circus...

Sorry to hear about the collision - but thankful that no one was hurt.